Processing…
Success! You're on the list.
Whoops! There was an error and we couldn't process your subscription. Please reload the page and try again.
Art

I gave this talk as part of a panel with Casey Clague at the Gulf Coast Association of Creative Writing Teachers conference a couple of weeks ago, so forgive the speech-like feel. (And if you’re anywhere near Fairhope, Alabama, and a writer, consider coming to that conference next year—I’ve taken over as president, and it’s always a great time of community and connection. Not just for teachers, and not just for literary writers or writers within academia.) 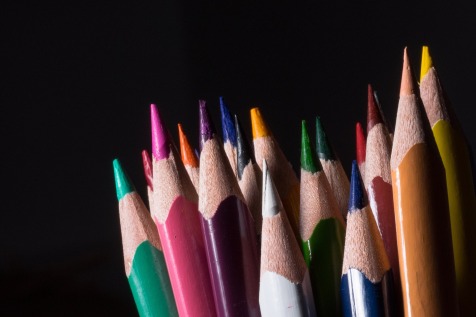 I wanted to start my little talk with a joke, something to loosen people up and connect us to the here-and-now, something that might establish me as at least good-natured, a little bit clever, knowledgeable about the strategies of successful panels and conferences (as I should be at this point, having done this kind of thing for 25 years). I even thought about opening with my opening at the Other Words conference, my other favorite Southern writing conference, where all I had to say was, “I’m not funny. I’m from the Midwest,” and the audience burst into laughter.

But. That conference was back in early November. That conference was before the election. We are living in a different world now, and I am even less funny now than I was then. I am, in fact, stricken. I try to write, to think, about anything other than the suffering that will be a consequence of the current administration—that is already happening—and, mostly, I can’t.

Except for meditation. I can think and write about meditation, because I first came to it due to suffering, and it is one of the few things that helps me deal with suffering, mine or others’.

So one of the things I’m writing about meditation is a short book, tentatively entitled, There’s No Wrong Way: 44 Meditations, in which I list a variety of ways you might meditate. Some are standard parts of Buddhist or mindfulness meditation practices, and some are a little weird, like stoplight meditation, cursing meditation, fabric store meditation, and time travel meditation.

I bring this up for two reasons.

So, in this ultra-busy world, I can hear some of you thinking, if the writing “zone” is so much like meditation, why would you want to do both? Don’t they accomplish the same thing?

Ah…no. For us, writing is inevitably, inextricably tied to both the past and the future. It is connected to judgment at its very core: our writing is judged by teachers, mentors, and editors, as well as by our own inner critics. The zone may be free of all that, but as soon as we leave it, we’re back to the world in which we are writers, people whose careers depend on being published, people who want to be read. We suffer from our rejections, fall into self-doubt, spend months hoping for good news and dread having to publicize ourselves when the time comes. Yes, the writing zone is a beautiful state to be in, and it’s a vital mental practice, and it’s a high; but we’re always going to come back to the other parts of writing, the revision and submission, publication and reviews.

Meditation is not connected to all that. There’s no editorial board for meditation. No one will tell you whether you’re worthy as a meditator or not. Your income doesn’t depend on it, nor your public reputation. When you’re done meditating, you don’t then have to pick apart the results of that half hour, applying your overlay of craft knowledge to the raw materials of the imagination. The point of meditation is not to produce anything. For the time you’re meditating, you are out of the loop of work and judgment. In fact, two basic ideas of meditation are nonstriving and nonjudging. 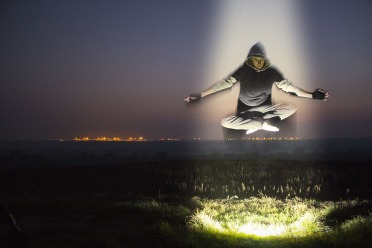 But it is still a mental practice. Studies abound on the specific effects of meditation. Meditation improves creativity, flexible thinking, concentration, and decision-making. It improves resilience and lowers stress, which is measurable in lowered blood pressure and heart rates. Meditation will feed your writing, making it easier for you to access the writing zone, manage your time so you can write, and bounce back from the inevitable negative events of life so you can spend more time being productive and less time down the YouTube rabbit hole. Maybe you’ll find the courage to get really weird in your writing, break some rules, experiment. Practicing the shutting down of those inevitable inner voices of judgment and discouragement may make innovation more possible. Not to mention the ability to access quiet, stillness, and concentration in a world of constant, instant connection, stimulation, and information overload.

One last thing: when I was younger, I worried that if I ever found a way to silence my inner demons, heal lifelong emotional wounds, that I’d lose the urge to write. I worried that I’d lose the inner itch, that urge to create, to try to understand the world through words. Meditation may seem like that kind of bandage, soothing your inner turmoil and simultaneously smothering the crazy, effed-up part of you that needs to write. Of course I can’t promise you won’t become a bodhisattva, an enlightened one, and levitate into the next world—but I suspect that, like the rest of us, you’ve got plenty of crazy for this lifetime. After all, you’re a writer.