The Great 2014 Celebrity Nude Photos Leak is only the beginning

“Celebrities are just like us until they aren’t, until such intrusion involves the celebrity woman’s body, in intimate poses, splayed across the internet for delectation and debauchery and debate.”

Privacy is a privilege. It is rarely enjoyed by women or transgender men and women, queer people or people of color. When you are an Other, you are always in danger of having your body or some other intimate part of yourself exposed in one way or another. A stranger reaches out and touches a pregnant woman’s belly. A man walking down the street offers an opinion on a woman’s appearance or implores her to smile. A group of teenagers driving by as a person of color walks on a sidewalk shout racial slurs, interrupting their quiet.

For most people, privacy is little more than an illusion, one we create so we can feel less vulnerable as we move through the world, so we can believe some parts of ourselves are sacred and free from uninvited scrutiny. The further away you are from living as a white, heterosexual, middle-class man, the less privacy you enjoy – the more likely your illusions of privacy will be shattered when you least expect it. 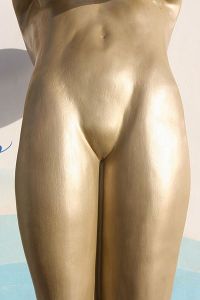 Read More at The Guardian