Processing…
Success! You're on the list.
Whoops! There was an error and we couldn't process your subscription. Please reload the page and try again.
Health

The first time my mother disparaged my weight, I was thirteen. I wore a size 7. My best friend and I were shopping, finding outfits for the fashion show our dramatic choir director had thought up to hold at school. My friend’s mom had told me that I was lucky, that, unlike her daughter, I was thin. We wore pretty much the same size, but my friend had hips; I had boobs. When I told my mother what my friend’s mom had said, she responded, “You’re not thin!” She was annoyed that my friend’s mom had lied to me, as if the compliment would keep me from trying to be appropriately thin. 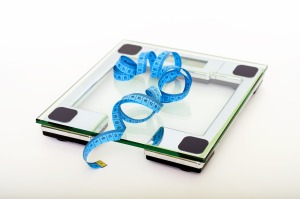 My sister had symptoms relating to her cancer for a year before she was diagnosed. At one point, seeking help with the stomach pain, nausea, and digestive tract problems, having been dismissed by the specialist who treated her anemia, she turned to her primary care doctor. Unfortunately, her own doctor was on leave, so she was shifted to a male doctor in the same practice. When she described her symptoms, including losing weight without trying, he said, “You need to go on a keto diet.” She was still overweight, even having lost 25 pounds or so over the previous months. All he could see was the weight. By the time she was diagnosed—lung cancer that had spread to her abdomen and her bones—she had only 9 months left.

More than one person, after my sister had been diagnosed, commented on her weight. “Terrible way to lose it,” they said. “But you look great.”

According to “Everything You Know About Obesity is Wrong,” which I found after listening to a podcast by the author, doctors have known since the 1960s the science behind the body’s fight to keep on any weight gained. When a person cuts calories, the body slows down the metabolism and sends more frequent and intense hunger signals. Intuitive Eating, a book first published in 1995, points out that labeling certain foods “bad” or “forbidden” has the predictable psychological effect of pushing those foods to the forefront of a dieter’s mind. You know, the old example of, “Don’t think about elephants.” What are you thinking about now?

I have always had a sweet tooth, but I don’t remember it dominating my thoughts until after college, when I had put on the requisite “freshman 15” and never lost it. I didn’t think about my weight much during college; it was a halcyon time for me, with people who cared about the life of the mind, a place where my social identity wasn’t about cliques or popularity or wealth. But after college, though it would be a few years until I put on appreciably more weight, my family started to tease me about my love for desserts. They didn’t tease my sister, who was considered overweight; I was merely “not thin.” But I became self-conscious about it, tried to curtail my sweet eating, began to binge and try to resist and binge again. It must have been around this time that my mother found her wedding dress—from 1957—and both my sister and I tried it on. Neither of us could get it buttoned up the back. My mother made fun of us—not with the intention to be mean, I believe. She had dieted harshly to fit into that dress, to fit into her own mother’s expectations. Shouldn’t everybody? 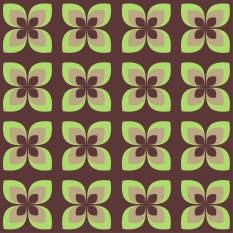 When my sister was a young teenager—perhaps 15—and I was 7, my parents took her to a clinic where someone administered electric shocks every time she was presented with a jelly doughnut. This was the 1970s. I don’t remember what I thought when it happened, if I even knew about it, but I remember feeling rage when I got older, rage and shame that my family had done this to my beloved sister when she was basically a child. And my sister? All she ever told me about it was that she hated jelly doughnuts forever after.

About diets, a 2015 article called “The Weight of the Evidence” has this to say: “You’ll likely lose weight in the short term, but your chance of keeping if off for five years or more is about the same as your chance of surviving metastatic lung cancer: 5 percent. And when you do gain back the weight, everyone will blame you. Including you.”

We all know that being fat has been and is still associated with being weak, lazy, messy, stupid, lacking in discipline, willpower, and self-respect. Fat is “ugly” to most people not just because the media has shaped their ideas of beauty, but because they think the inside of the fat person is ugly. Some thin people believe they are thin because of moral superiority—they can resist that piece of cake, count their calories, get enough exercise. Yes, it can be hard for them to do, but they do it, so why can’t other people do it? I know people who count their calories daily, and have for years and years. It sounds like hazing to me: well I suffered, so other people should suffer too. If I have to do this, the rest of the world should as well.

Some people in the Health At Every Size movement point out that putting all that thought, willpower, suffering, restraint—whatever you want to call it—into getting or staying thin is exhausting, emotionally and mentally unhealthy, even oppressive. What else could you do with your energy if you didn’t have to use it for watching your weight? Because for many people, watching our weight isn’t merely about making choices regarding food and exercise. It’s also about self-loathing, self-flagellation, comparing ourselves unfavorably to others, and never feeling good (or thin) enough. Does all that self-directed negativity affect people less than the physical weight does?

I am fatter than I’ve ever been, fatter than I ever thought I would be. I put on 30 pounds during my sister’s illness, ravenous during the time my sister could eat less and less. She had severe abdominal pain, often threw up her meals, and kept trying to get the doctors to address these issues. They gave her anti-nausea pills that were supposed to work well, and perhaps did for others, but not for her. They didn’t even try to target the chemotherapy towards the cancer in her abdomen, instead patting themselves on the back because the tumors in her lungs shrank. And during all this, with medical treatment failing her and my sister’s denial that she was dying and her living seven hours away from me, I ate. I had ice cream and cookies, ordered the extra roll when I went out to sushi, never ever felt full. It was psychological, the way stress came at me, an invisible enemy that kept me in fight-or-flight for months. And what do you need to run away or fight? Energy. The primal part of my brain made sure I had it to spare, even as my conscious mind added self-loathing to the fear and sorrow of my sister’s dying.

I should point out that I know people for whom diets have worked, though I do not know the machinery of their thoughts, so I don’t know how much of their mental and emotional space is given over to watching their weight. I have one friend who got into the low fat thing when it was popular, and has kept the weight off; and another who swears by a particular low carb diet. (Incidentally, it’s almost inevitable for people to become evangelists for the diets that work for them. Please don’t evangelize to me; it only makes me more resistant.) Certainly more and more studies support the idea that we eat too much sugar and too many processed carbohydrates, that we did not evolve for this diet. Even cholesterol, that medical measuring stick, is affected as much or more by sugar than by steak and eggs. But I also know from experience that knowledge is not the same as action, that me knowing what’s healthy does not translate into me only eating what’s healthy. Because as soon as I read that sugar is bad, I can’t have cookies—all I can think of is cookies. And am I “weak, lazy, messy, stupid, lacking in discipline, willpower, and self-respect”? 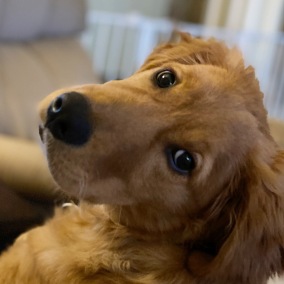 Maybe I am some of those things. But I’m not stupid—I used to teach college. I have written and published books. I’m strong enough that I have survived depression so far, though when it’s bad my brain is literally trying to kill me. My house is not neat, but it’s not disgusting, either. I am disciplined enough to take care of a dog and two cats, to have nurtured my previous three dogs to the age of 15. I’ve got enough to offer that an amazing man thinks I am worth being married to, tells me his life is better because of me on a daily basis. I may not always respect myself, but I respect other people, their minds and hearts, their creativity and kindness, their struggles and their triumphs.

My husband is British, and we watch a lot of British comedians. They’re so quick, so clever, and they have panel shows where the ostensible point is to win at trivia quizzes, but the real point is for 4 or 5 comedians to get together and outdo each other at quips. But though British comedians are allowed—to their credit—to have speech impediments, be less than perfectly beautiful, and even have English as a second language, they are not allowed to be fat unless they constantly make jokes about their own weight. England is even more fat-phobic than America, more entrenched in the idea that fat is unhealthy and the fat person is morally lacking. I love going to England, as I grew up reading books set in England. My husband and I go back regularly to visit his family. But this year I’m seriously considering staying home, and that is partly because of my weight.

I don’t know what I’m going to do. I still waver between hating myself enough to try dieting, even though I know the odds, and rebelling against the weight police that inhabit my mind, my family of origin, and the culture in which I live. Maybe I could be part of the 5 percent that keeps the weight off. Maybe intuitive eating will help me, and I’ll gradually regain a healthier relationship with food. Maybe I should get gastric bypass surgery. Maybe the billion-dollar weight loss industry will finally be dethroned by a simple, safe, medical breakthrough for weight control. Maybe having to walk my six-month-old puppy twice a day will at least stabilize my weight (since the intense stress of my sister’s dying has given way to the less intense but still persistent pressure of grief). I do know I don’t want to give over huge parts of my mind and emotions to weight control, even if it would make me live longer. Why live longer if all I can think about is living longer, rather than enjoying my time with my husband, dog, cats, friends, garden, ideas, stories, poetry?