Follow The Gloria Sirens on WordPress.com
Join 55,425 other followers

Processing…
Success! You're on the list.
Whoops! There was an error and we couldn't process your subscription. Please reload the page and try again.
Diane's Voice

We’re heading into American Thanksgiving week, and some days it doesn’t feel like there is much to be thankful for. A best friend receives a cancer diagnosis. A child talks of suicide. A teenager suffers from an eating disorder. A friend’s husband dies suddenly and unexpectedly. The family is threatened with economic insecurity because of a job loss. We face our own health concerns. And all that can happen in just one year in one life in a world of six billion living souls. It seems almost impossible to be thankful when everything is falling apart around us.

It doesn’t factor in large scale environmental, economic, political, or religious crises that effect half the planet or more. It also doesn’t take into account the little crazy-makers we all deal with on a daily basis—ridiculous traffic, a beloved pet peeing on the couch, a beloved child throwing up in the bed, a friend we’re meeting for coffee standing us up, a failed baking experiment, everyone running late, losing one favorite shoe . . . the list of petty annoyances is endless, and often leaves little room for gratitude.

Yet conventional wisdom tells us, “It’s not happy people who are grateful. It’s grateful people who are happy.” Interestingly, recent scientific research backs this up. According to “The Science of Gratitude,” a white paper released by the Greater Good Science Center at UC Berkeley, “research suggests that gratitude may be associated with many benefits for individuals, including better physical and psychological health, increased happiness and life satisfaction, [and] decreased materialism.”

Some studies have shown those who regularly practice gratitude experience an increase in energy, higher self-esteem, more resiliency in the face of disappointment, and are more likely to help others. People who are regularly thankful for the things they already have (rather than when they get what they want) show less incidence of “major depression, generalized anxiety disorder, phobia . . . drug . . . dependence, and the risk of bulimia nervosa.” (Wood, et al, 2010).

They key here, I think, is found in the term “grateful for the things they already have.” Like what? My father-in-law, who is 88, lives on his own, and still walks a few miles a day, tells me that every morning he wakes up grateful he can get out of bed. Others his age have told me they are grateful when they wake up with no pain, or when they are sitting with their spouse still next to them, or when they are able to put on their shoes without struggling.

Spending time with people who regularly practice gratitude for small things can be eye-opening. They are grateful for the things we so often take for granted—a particularly blue sky, a squirrel crossing their path (for an excellent essay on squirrels, see Suzanne Heagy’s fabulous piece, “Learning from Squirrels”), a friendly dog, a purring cat, the life of a butterfly (for an wonderful essay on butterflies, see Suzannah Gail Collin’s beautiful piece, “The Butterfly Effect”, and Arin Greenwood’s, “My Time With Mona: Three Days Caring for a Dying Butterfly”), a hot meal brought by a neighbor, another day with their spouse, lunch with a friend. Simple things, yes, but thankfulness for these simple things often makes all the difference.

Anne Kertz Kernion, the author of A Year of Spiritual Companionship, urges us to engage in gratitude practice. She defines “gratitude” in a number of ways that can serve as guideposts for us if we want to be more grateful. The first is wonder—to appreciate the ordinary as extraordinary. For instance, today, as take a short walk, I will undoubtedly see a bird. I live in Florida. It’s almost winter. There will be birds everywhere. But here’s an amazing thing: birds have hollow bones to make it easier for them to fly. Hollow bones. Isn’t that a thing of wonder?

The second is “appreciation,”—to live as if nothing is promised. What are the things I assume will happen every day? I will wake up. The sun will rise. The people I said good-night to will be there in the morning. The light will go on when I flip the switch. Water will run when I turn on the faucet. The car will start. I will find milk in the grocery store. When I put food in the microwave, it will get hot. These little things are all things I take for granted, and are opportunities for gratitude.

Another element of gratitude practice Kernion speaks of is to try to live in a constant state of surprise. The grocery line is shorter than it usually is. Isn’t that surprising? Or maybe it’s longer. That, too, can be a surprise. They changed the display at the front of the store. They have dragonfruit (or pomegranates) in the produce section. There are marshmallows on the endcap—and hot chocolate! The children said thank you. An adult held the door for me. My husband kissed my cheek.

One more element of gratitude practice, but by far not the last, is to recognize our privileges. Yes, traffic is a bear. But we have a working car. Or maybe we don’t have a working car, but there is a public transportation system. How much organization and work must go into even the least efficient and effective system, much less the really good ones in big cities? And if there is no public transportation, we have legs that can propel us from place to place! And if even our legs fail us, perhaps we have a cane, a walker, or a wheelchair.

It’s incredibly hard to have wonder, appreciation, surprise, and recognize our privileges, though, in the hard times. The best story of gratitude during hardship I’ve ever heard is in The Hiding Place by Corrie Ten Boom. She and her sister, Betsie, were Dutch women who hid Jewish families in their home during the Holocaust. They were eventually caught, arrested, and sent to a concentration camp. During their time there, they lived in a barracks infested with fleas. It was awful. Corrie did not know how she was going to get through it.

The fleas! This was too much. “Betsie, there’s no way even God can make me grateful for a flea.”

“Give thanks in all circumstances,” she quoted. It doesn’t say, “in pleasant circumstances.” Fleas are a part of this place where God has put us.

And so we stood between tiers of bunks and gave thanks for fleas. But this time I was sure Betsie was wrong. 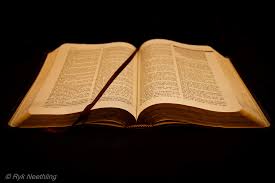 During their time in the infested barracks Corrie and her sister found that, unlike their time in other barracks, they were able to lead two Bible services each day. No guard ever came to bother them. Corrie didn’t know why. A few weeks into their time there, Corrie writes that she came back from her work detail to find Betsie smiling. She asked her sister why she seemed so happy.

“You know, we’ve never understood why we had so much freedom in the big room,” she said. “Well—I’ve found out.”

That afternoon, she said, there’d been confusion in her knitting group about sock sizes and they’d asked the supervisor to come and settle it.

“But she wouldn’t. She wouldn’t step through the door and neither would the guards. And you know why?”

Betsie could not keep the triumph from her voice. “Because of the fleas! That’s what she said, ‘That place is crawling with fleas!'”

My mind rushed back to our first night in this place. I remembered Betsie’s bowed head, remembered her thanks to God for his creatures I could see no use for.’

Not only did the guards refusal to enter the infested barracks mean that Corrie and Betsie could lead more bible studies, it also meant that the prisoners, while in the barracks, experienced less torture, harassment, and assault than women in other barracks.

Thus, as we head into Thanksgiving week, I won’t just focus on gratitude for my blessings. I’m going to look at the fleas in my life, and see if I can be thankful for those, too. I’m going to try not to let the weight of life’s big, little, national, and global crises get in the way of living a life of gratitude. I must learn that I don’t have to be grateful for situations to be grateful in situations. Sometimes, the best I can do is find the small ways to be thankful despite them. Chances are, doing so will only give me more to be grateful for.