Processing…
Success! You're on the list.
Whoops! There was an error and we couldn't process your subscription. Please reload the page and try again.
Living 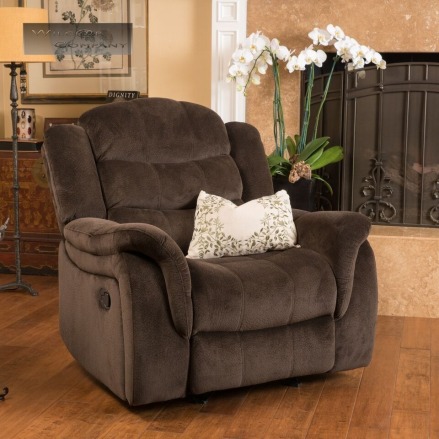 Even near the end of our time, my husband Jim tossed compliments around like confetti. He expressed his appreciation when I walked through the living room to empty his urinal, calling out, “Nice ass,” at the sight of my swaying hips from where he languished in his recliner. Jim refused a hospital bed, preferring his Lazy Boy and all its adjustable positions. He had everything he needed within reach: a glass of whole milk, a card table with a pillow for leaning forward and sleeping like a schoolboy, a pencil and a legal pad, the remote, his phone, a spare blanket, a bell to ring in case he needed help.

He used the legal pad to record the time and dosage of the narcotics he was taking for pain, and he also wrote other things, primarily long inexplicable lists of numbers, or men’s names he worked with or had known. At this point, we had just made the decision to end treatment and to enter hospice care. My husband’s battle with pancreatic cancer had been ongoing for three years and six months. During that time, we were still making memories. We traveled to go sailing on Chesapeake Bay with friends. We saw the Cubs beat the Cardinals in St. Louis. We had hopes that during hospice, his decline would unfold as slowly.

Our hospice nurse, Maria, was professional and kind. Her role was to provide pharmaceutical supplies—like absorbent pads or alcohol swipes—and to manage Jim’s pain and medicines. She introduced us to a nurse’s aide, Jeremy, who would assist with personal hygiene. We all sat in the living room and introduced ourselves, not knowing that the acquaintanceship would last a mere fourteen days.

By the second week, Jim stopped eating, though he would still sometimes speak. At one point he asked, “How far to the flag?”

I thought he was talking about traveling and one of our many road trips, but he let me know I was getting it wrong. Eventually I realized he was talking about golf, one of his lifelong passions. The next couple of days, he began speaking less and less, and I started to sleep nights on the couch next to his recliner. Maria was scheduled to stop by to check his pain and condition every other day. One day, she came around noon and checked his vitals. She said, “It’s getting difficult to care for him in the recliner. I’m ordering a hospital bed.”

I agreed, and she made the call, arranging to have it delivered that very afternoon.

I had planned to go to campus and teach a single class for an hour that day. It was the first week of the spring semester. A woman who often helped us around the house, Judy Friend, was present to stay with Jim, but she wasn’t authorized to sign for the bed. I left the room to call and cancel my class. When I returned to the living room, Jim took three shallow breaths and died. I sat down beside him and stroked his hand. Judy Friend said, “God bless him.”

Maria said, “He really didn’t want that hospital bed, did he? I’ll call and cancel delivery.” I wondered because the experts say that hearing is the last thing to go. Jim was a passionate man, a manufacturing wizard, a par golfer, and a stoic lover of life who was loved by many in return. Was he stubborn enough to die in protest over a rented hospital bed? I suppose it was possible. He had fought the good fight. I stroked his hand, though he was gone.

My husband lost one hundred pounds during the first ten months after his diagnosis. After chemotherapy, radiation, and more than one surgery, he came out of it needing a new wardrobe and with his chronic knee pain in check. It turned out that losing weight did alleviate stress on joints and tendons. He began golfing again, and we dined with friends every Friday—our Supper Club—and we traveled to visit family and for recreation.

When the last three months arrived, Jim’s weight began to drop, though not as dramatically as before. Eventually, the Lazy Boy began to bother his bony spine. My husband said he needed a small pillow to cushion his back.

The throw pillows on the sofa were too large and fluffy. The bolster on the bed was too bulky and round. Searching in the linen closet, I found the perfect pillow: square, twelve-by-twelve inches, on the flatter side, covered in burgundy raw satin and quilted with gold thread. It had belonged to a bedroom ensemble in my daughter’s former room, a sparkling, Arabian-night fantasy.

We tucked the pillow behind Jim’s back. It did the job perfectly, so much so, that I generally forgot it existed. It was not until weeks later, when I was sitting in Lamporte Funeral Home in Hamilton, Illinois to discuss the final details of the funeral, that the pillow came up again.

Much of the funeral planning had been done in advance. Jim had made his final wishes clear. He wanted the service at Lamporte’s, a family tradition, and to be buried with his extended family in Elvaston City Cemetery near the Mississippi River. He wanted a steel coffin instead of wood. For music, he wanted “Amazing Grace” and “In the Sweet By and By,” songs they played at his mother’s funeral. We wrote his obituary together; he wanted it short and sweet. After he died, I gathered pictures of his life and our life together to make a memory board.

Still, the director at Lamporte Funeral Home had a few questions for me. One was about the music. Did I want recorded music, a soloist, or a sing-along that included the mourners? “I don’t know,” I said. “What’s the usual?”

The director assured me all three choices were acceptable. I decided that Jim would like a soloist.

The director said, “The family usually has someone. Who do you suggest?”

The simple question brought tears to my eyes because I had no idea. Jim’s son, who was with me, as was my daughter, agreed to find a soloist. There were other questions—which minister, which grave marker—and although I was numb from the loss and the frigid January weather, I managed to make the necessary decisions. In the end, we stood to shake hands with the director before we left.

“Just a minute,” he said. “I have one more question. What’s the significance of the red pillow?”

Jim’s son and my daughter looked at me. “What red pillow?” I asked.

“It arrived with Jim, a red throw pillow.”

And then I remembered the pillow in question. “Oh, that pillow was nothing. He used it as a back support. It was one of the pillows that used to be in my daughter’s bedroom.” I turned to her. “Do you want it?”

“Just throw it away,” I told the director. “It isn’t that important.”

The director said, “That pillow made the journey with Jim. We can’t just throw it away.” He looked at me. “We can bury it with him.”

My secret wish, after I was back home in West Virginia, was that Jim would send me a sign. I didn’t know what the sign would be. I didn’t know what it would prove: that he was still around; that he still existed, an idea that made me cry and feel lonely. I willed myself to dream about my husband so I could see him again. I was reading Ordinary Mourning, a collection of poetry by Carrie Shipers, for its insights into ongoing loss. In “Open House,” a woman looks for her dead husband and says:

“I’ll take him back in any form he chooses—
a loose brick above the fireplace, steam
streaking the bathroom mirror, a window
gaping when it rains. I’d give anything
to see his ghost….”

I waited for a sign and wished for a dream, until one night I had a dream that I sat in Jim’s big brown recliner and it hugged me, and I felt comforted.

I couldn’t really sit in Jim’s recliner. The chair was gone before the funeral took place. Seeing it in the living room after he died caused me too much grief. A friend had a friend with a truck who came and hauled the Lazy Boy away.

I don’t think Jim would have minded. Neither of us were packrats. Together, we lived in five states—Texas, South Carolina, Indiana, Wisconsin, and West Virginia—over the course of twenty-two years. With every move, we shed as many belongings as possible. Traveling light made traveling easier. Wherever we lived, we had each other, and we could find what we needed.

But I couldn’t get rid of all Jim’s things. I saved a few artifacts—his briefcase, his handkerchiefs, his sweatshirt, his wallet. Mostly I remember him, his love of life and good advice. I remember his vision of us, and I miss him.