I’m always sure it can’t be real when something good happens for me, especially something having to do with my career. So when my poem appeared on Verse Daily on April 1, 2019, I was a bit leery. Was this some kind of elaborate April Fool’s prank, perpetrated by people I didn’t even know? Yet some kind poet friend saw it and called it to my attention. Even more amazingly, I received a couple of nice notes from other poets—both more accomplished than I—about the poem. And loads of my friends liked it on social media, saying nice things and generally making 2019 the best April first I’ve ever experienced.

Talking to Other Women after the Election

Grab ’em by the pussy.
—the 45th president of the United States

I was just eighteen,
a friend says, and another says, I was
fifteen. I was seven, I think, you mumble,
afraid even here. But, see, you don’t.
You don’t mumble or quaver or recite—
your lips don’t move. You don’t speak.
Because you can’t, now. It was longer ago
than the whole of the Amazon River,
throat-full of piranha. You don’t think
about it anymore, except
when you do. Sometimes
men’s words are strung across the water
like hooks. The current is pushing
and you don’t know how you got in
or whether you can get out. Should you
get out, find a safer shore?
The men are stringing hooks
and you know how that goes.
Piranhas are actually a timid fish
that school together for protection.

But the road to unexpected honors isn’t straightforward. This was a poem that originally was in my latest poetry manuscript (Love Songs from the End of the World, due out from Main Street Rag Publishing in fall 2019), but I took it out after several rejections from literary magazines and a confused response from a first reader. The reader was a kind friend who volunteered to read my (then early stages) manuscript and give light feedback, and I don’t mean to call him out at all. He gave me feedback and encouragement at a critical time, and I am eternally grateful for it.

The fact remains: his response helped me make a small change to the poem, and that change was in place when I sent it out to one more round of literary magazines—one of which, Iron Horse, took it. But that response also made me re-think whether the poem belonged in my book, so I removed it. I’m still not certain about that last move, but I think it was the right one.

So what did this reader say? Upon reading “Talking to Other Women after the Election”—which at the time did not have the epigraph quoting Trump—he said, “I know I’m not the intended audience for this poem, but I don’t get it.” 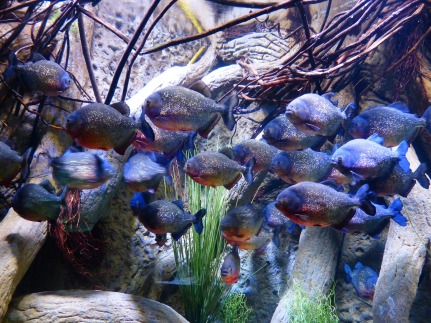 And I realized: the sorrow and disgust men felt about the 2016 election was great, but not always colored by the sorrow and disgust so many women felt when an admitted sexual assaulter was elected to take the highest political office in the country. I was too much inside my own head, a woman’s experience. I needed to remind readers which of this man’s many awful actions and claims made him so particularly heinous to the women who didn’t vote for him.

I sort of wish, now, that I had done a sociological experiment, and shown the poem sans epigraph to some women readers. Would they have known, when the poem opened with women talking about ages, that they were talking about the first time they were sexually assaulted? Would the title have been enough?

I don’t know. What I do know is that both men and women responded graciously and with generosity when the poem appeared on Verse Daily; more women, true, but then I’m friends with more women writers than male writers. I know the school I belong to.