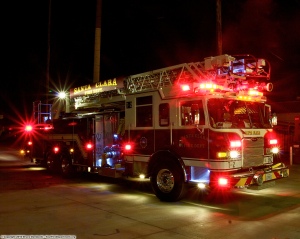 When the weather is decent, I prefer being outside. I have a screened-in, backyard patio where I sit to drink coffee, read, eat lunch, or simply think. The backyard is like a small park with trees, bird feeders, chipmunks, squirrels, and sometimes the occasional deer when one of the mangy beasts wanders onto my property. I shoo the deer away because they probably have fleas. I thought they were supposed to be nocturnal. Deer have devoured my dahlias and chrysanthemums. They’re a natural nuisance like raccoons, mice, rats, and sometimes bats when they infiltrate the attic.

While my backyard is like a park, it is also only a block or so off a major thoroughfare. U.S. 250 travels north all the way to Wheeling, West Virginia, former home of Rebecca Harding Davis, and south until it crosses into Virginia toward Staunton, a city famous for its American Shakespeare Center, where I once saw a modern adaptation of The Tempest at the Blackfriars Playhouse. The adaptation was futuristic, like Captain Kirk meets Moby Dick, a space ship tossed in the cosmos until it crashes on a planet.

Living so close to U.S. 250, the low murmur of traffic mingles constantly with my backyard reveries. At least once a day, I hear sirens from police cars or ambulances or fire trucks, emergency vehicles headed somewhere in a hurry along the 250 corridor. Hearing the sirens makes me feel safe, like I’m part of civilization where even if emergencies happen, there are people who care. It’s not that I wish emergencies upon anyone. I only hope for the shortest response time by caring, trained personnel whenever an emergency happens.

If knowing someone cares can be comforting, a siren can also foretell disaster. In the mythological sense, sirens lured sailors toward dangerous cliffs and rocks, obstacles designed to wreck them. The sirens’ singing was so melodic, it was the very sound of temptation. I want to find a voice that’s loud and beautiful to express ideas that tempt an audience to read, whether the ideas wreck the status quo or skim new surfaces of the mundane. Sometimes sirens were said to resemble mermaids, beautiful half-women, half-fish, whose images lured patrons to taverns and inns for draughts of ale and wild meats.

It seems that sirens never sing alone. They are a suite of voices, a society of sound, a sisterhood of call and response. Gloria Steinem, the namesake of the Gloria Sirens, said that “any woman who chooses to behave like a full human being” will “need her sisterhood.” I need the sisterhood for its practice of reciprocity, and also for intellectual challenges that keep me sharp and aware of old narrative traps. I need the sisterhood because it’s a feminism of waves that continue to shape the contours of the shore.